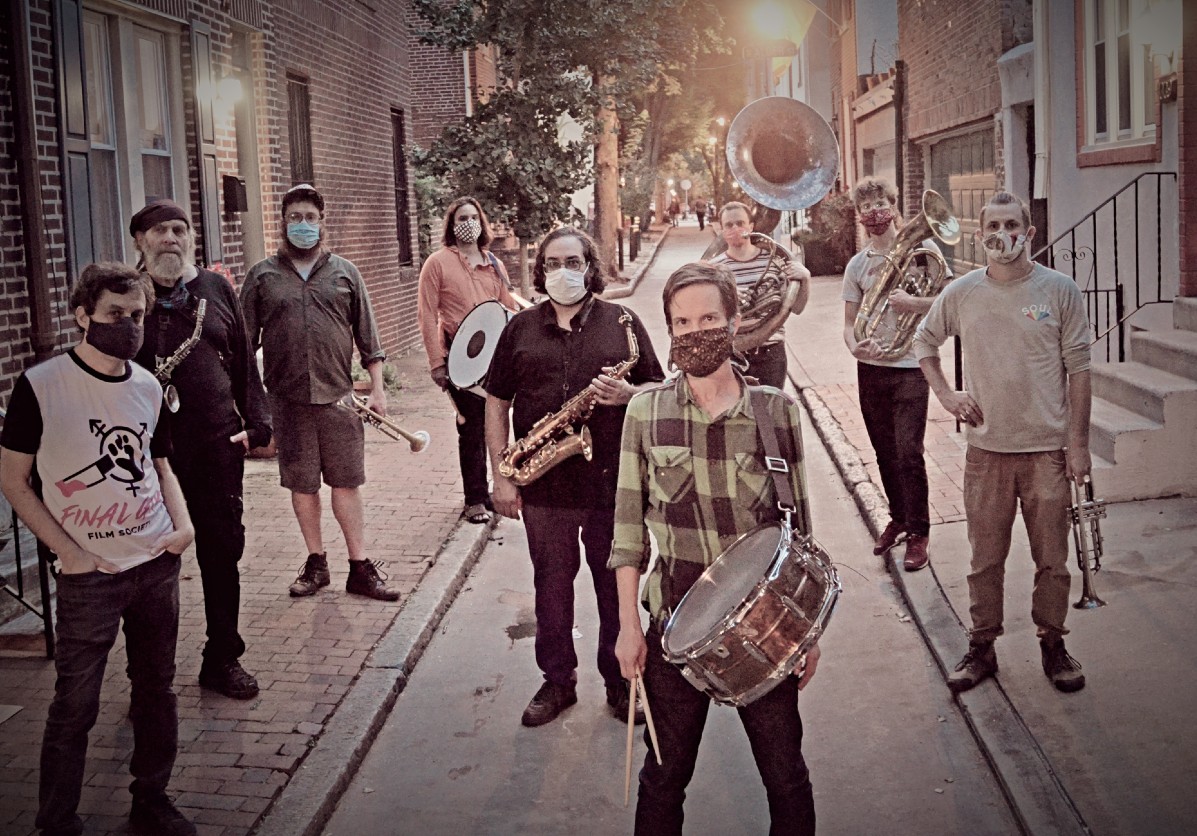 The West Philadelphia Orchestra is a unique ensemble in today’s musical field. According to Stranded in Stereo, “The music has a magical quality, and we mean that in the darkest and most arcane sense of the word.” Founded in 2006 as a weekly neighborhood Balkan music workshop replete with strings, WPO has evolved into a tight knit brass band.

WPO’s brass and drums merge with the fusion of Bulgarian/American vocalist Petia Zamfirova to ignite parties with joy and love through infectious dance – “Despite a sizeable portion of the crowd likely not understanding the various languages of the southeastern Europe region, there always seems to be a supernatural synergy between the crowd and the band.” (Jump Philly) WPO is known for ecstatic parties where the band’s mashup blend of Balkan brass, improvisation, and American beats has deepened with age.

WPO was founded in 2006 with the purpose of studying and performing music from the Balkans. The band specifically developed repertoire in Romanian horo, Bulgarian folk, and most significantly Romani brass band traditions from Serbia and North Macedonia. We have been fortunate to share stages and host Roma luminaries, including Fanfare Ciocarlia, Boban and Marko Markovic Orchestra, and most recently in May of 2019 the Dzambo Agusevi Orchestra, which World Cafe’s David Dye said was, “the most ecstatic party I’ve been to in decades.” WPO and the Dzambo Agusevi Orchestra collaborated in studio for NPR, WXPN, The Key, and posterity while they were visiting, featuring segued arrangements of the Esma Redžepova classic Ibrahim and the Macedonian pop/Romani wedding banger, Kes Kes.

The future of WPO is found in our mission to spread the special blend of music we make with the world by continuing to fuse our work here at home and abroad with our original music. WPO has released two full length LP’s, one EP, and one live collection commemorating our tenure at the now shuttered Tritone. WPO is currently in a fertile stage of recording and self producing a slew of original material.