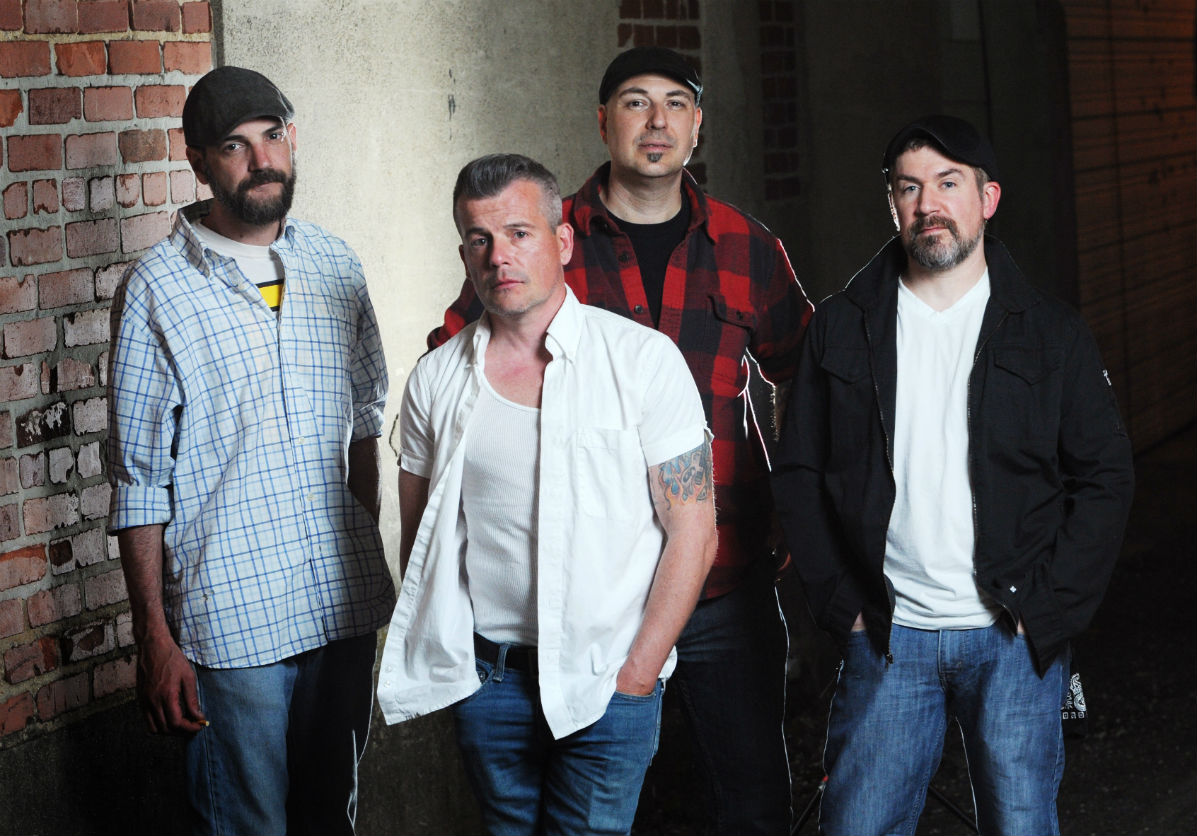 Founded in 2000 as a loose conglomeration of survivors of defunct punk bands, The Marauders soon honed down into a tight three-piece – Ben Dumm, Abe Weber, and Chris Lawson – and made a name for themselves that hasn’t been forgotten, though they haven’t played together in nearly a decade.

Most of the band’s renown came from playing show after show of punk-tinged, sweat-drenched rockabilly, but the band did get one lucky break. Playing at the legendary Blue Comet in Philadelphia, The Marauders caught the attention of Brian Sezter, who at the time was primarily playing swing and jump blues with the Brian Setzer Orchestra. But Setzer, a founding member of the Stray Cats, loved rockabilly — so in 2006 he invited The Marauders to open the six-date Christmas Extravaganza Tour for the Brian Setzer Orchestra up and down both coasts. Setzer even wrote them a single: “We Are The Marauders.”

Over the years, The Marauders released four CDs – two self-released, and two on labels – Alibi, Midnight Rhythm, The Marauders, and Dial M for Marauder. They kept their day jobs, but toured frenetically across the east coast and mid-Atlantic on weekends, managing themselves every step of the way. All of it was DIY, and all of it – except playing the music – got harder. Life gets a little more complicated as you get older, and the business end of things got old. So around 2009 the band hung it up, choosing to go out on a high note rather than fizzling out.

But they never gave up on music. They played all the time — in well-respected regional bands like Nobody’s Heroes and Ben Dumm & the Deviants — and bands that maybe only had a name for one night. Years passed. And one evening not too long ago Brian Dumm, Ben’s brother, got the three founding members together over beers and said – hey, what about it, guys.

So a little older, a little wiser, The Marauders are back in the original lineup – Abe Weber on drums, Chris Lawson on upright bass, and Ben Dumm as the band’s energetic frontman – with the addition of Brian Dumm on rhythm guitar. It’s a reunion, but it’s not a reunion project. It just makes sense to re-form the band, now that they know what they wish they knew back then. Make no mistake, The Marauders are back for real. They’re writing, they’re playing, they’re recording — and they sound better than ever.

Our festival last presented them in 2007, back in the FolkFest days, and we’re delighted to bring them back for one of their very first shows.