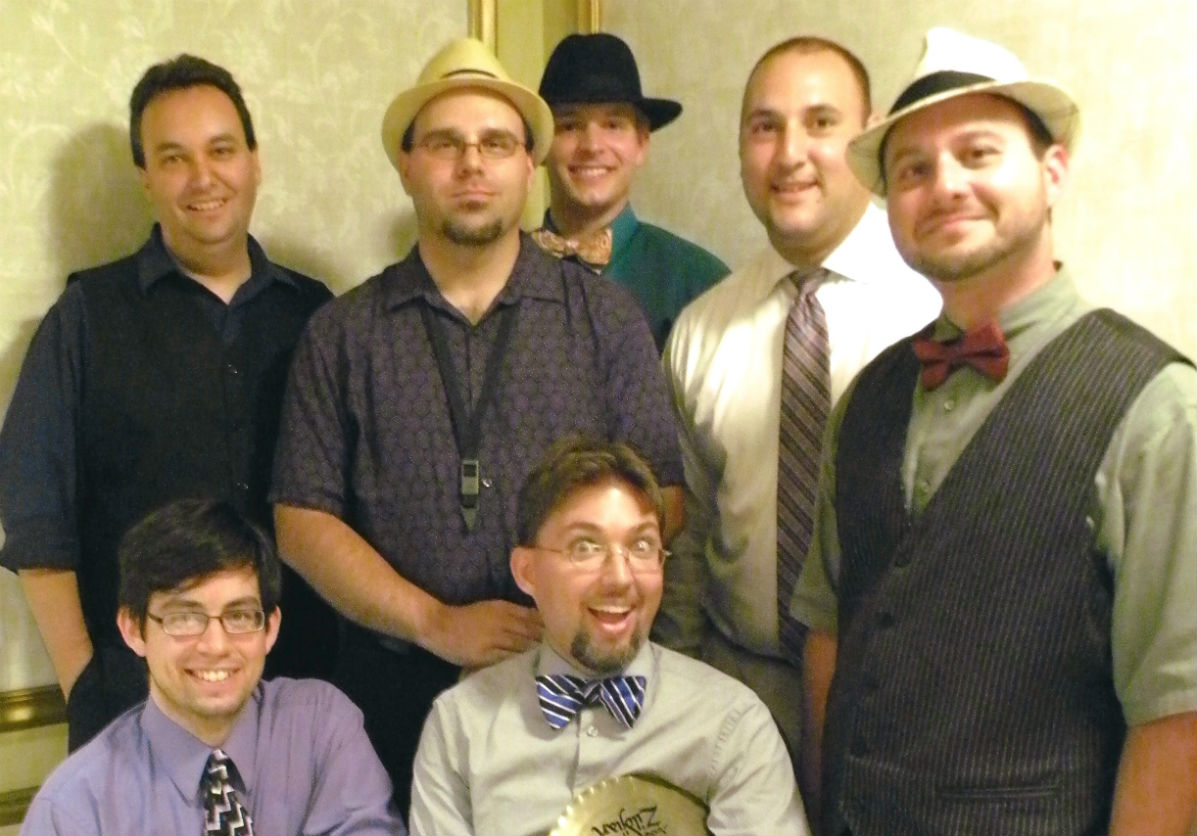 Neon Swing X-perience (NSX), based in Pittsburgh, has been described as the “only band bold enough to jump, jive, and rock” and “swing with sting.” The purpose of NSX is simple: to get people from all walks of life to come together and have a good time! Over the past 20 years, the band has done just that by performing hundreds of shows throughout the US and releasing seven recordings. 2018 will mark the release of their eighth album.

Every NSX performance is an explosive retro party guaranteed to fill you with the irresistible urge to get up and dance. In addition to a monthly residency at Pittsburgh’s NOLA on the Square jazz venue, the group has performed at many notable venues and events including at Central Park in New York City, the legendary Derby in Hollywood, and the world’s biggest rockabilly festival (Viva Las Vegas). The band has opened for such renowned acts as Big Bad Voodoo Daddy, Reverend Horton Heat, the Preservation Hall Jazz Band, Hot Club of Cowtown, and the Max Weinberg Big Band as well as performed at events with the Glenn Miller Orchestra, Jerry Lee Lewis, the Jive Aces, and Eddie Money among others. In 2017, Neon Swing X-perience was named a top jazz/blues performer for the second time in the “Best of Pittsburgh” City Paper Reader’s Poll.

They have appeared at our festival once, in 2014, and we’re delighted to welcome them back.