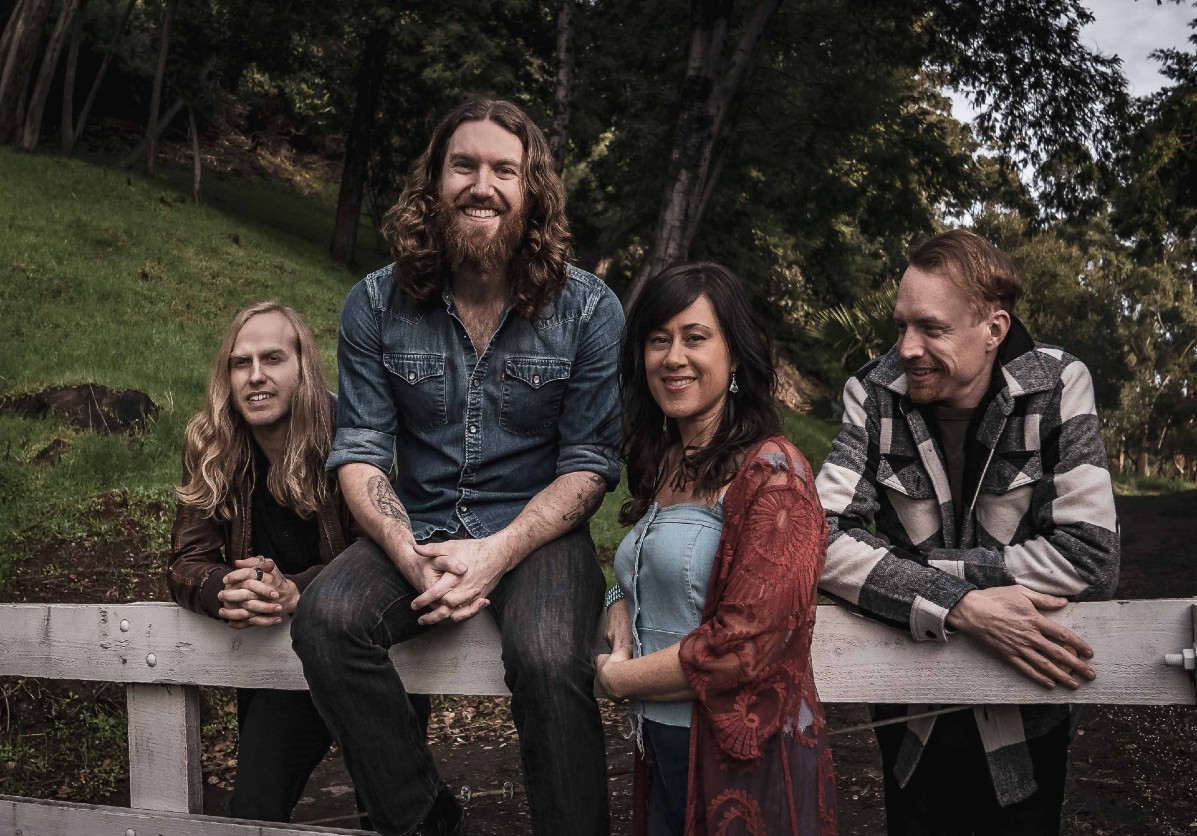 In the nearly 9 years since their origins in early 2012, Midnight North has established itself as a mainstay on stages in both the Bay Area roots music scene and on the nationwide touring circuit. They have opened for acts like Phil Lesh, the Infamous Stringdusters, Twiddle, & Jackie Greene, played festival stages across the country, and they have welcomed the likes of Bob Weir, Luther Dickinson, Karl Denson, Eric Krasno, & Nicki Bluhm to join them onstage. Rolling Stone hailed Midnight North as the “Best New Act” in its review of 2018’s Peach Music Festival saying the band “takes the best parts of roots music and weaves them into a tapestry of rock and Americana.”

Grahame Lesh, Elliott Peck, & Connor O’Sullivan began playing together in the Bay Area in late 2011 & early 2012. They played their first show in April 2012 as Grahame Lesh & Friends at the newly opened venue Terrapin Crossroads. Grahame & Elliott both brought a repertoire of original music to this new project that seemed to fit together once the band began performing in earnest. In late 2012 the band went into the studio for the first time, tracking the entirety of their debut album End of the Night in just 2 days. End of the Night (mixed & produced by Connor) was released in June 2013 as they officially debuted the name Midnight North.

After combining weekly performances at Terrapin Crossroads with regional shows through 2013 & 2014, Midnight North began touring in earnest in June 2015 right as they released their second album Scarlet Skies. That began a five year run as a touring band, playing in 36 states in front of countless people at shows and festivals across the country. They released Under the Lights, their most successful studio album to date, in summer 2017. “Across all of the tracks, when you think you have the band pegged for a style or a genre, all of a sudden a chorus, or a new solo or new instrument altogether, diverts the music boldly but smartly to a new sound and feel,” said The Poke Around in their review of Under the Lights. They also released two live albums including 2018’s Selections From the Great American Music Hall which featured Bob Weir & Phil Lesh of the Grateful Dead plus Mihali & Ryan from Twiddle as special guests.

A pivotal moment for the band came when Grahame met drummer Nathan Graham at a benefit show in Philadelphia in 2016. A month later Nathan was filling in on drums for a Midnight North gig in Asbury Park, and 6 months after that Nathan had hopped in the van and joined the band for their longest tour to date in the Spring of 2017. Making Nathan a full-time band member (and learning about his banjo playing, singing, and song-writing skills) represented the next step forward for Midnight North as they made plans for their 4th studio album in late 2019.

Midnight North had a shared goal for this album and beyond, playfully code-named #2020Vision, that has been delayed but not cancelled by this difficult year for music. In January the band went into the studio with producer David Simon-Baker to craft their 4th studio album, There’s Always a Story. As the world shut down in March and the band quarantined separately around the country, the album was put on pause even as they neared the finish line.
Work continued on other projects from home. They recorded a cover of Jason Isbell’s “Only Children” from their homes and released it as a quarantine single. They finished the first single from the new album, entitled “Good Days”, and sent that into the world ahead of the rest. Old sessions and live recordings were unearthed and transformed into special edition EPs. As the months ticked by they let the rest of the newly written & recorded songs sink into their consciousness so that when work resumed on the album in June the entire album became even better than they could have hoped.

There’s Always a Story represents a new peak for Midnight North. The kernels of these songs had been growing for years, but they were arranged and finished collaboratively between their last shows of 2019 and the sessions in January 2020. Most had not been performed live until they were laid down, a change from the band’s usual way of doing things. Many amazing musicians were brought in to add unique flavors to the album, from frequent collaborators like Jason Crosby & Scott Law to newer friends like Marcus Machado, Dave Eggar, & Jennifer Hartswick. The band made a concerted effort to expand their sound and prove to themselves that they could venture into new musical territory while still sounding entirely like Midnight North. From the string band stylings of Nathan’s “Silent Lonely Drifter” to The Roots-inspired groove of “The Sailor & The Sea,” you will hear something new from Midnight North on every track.