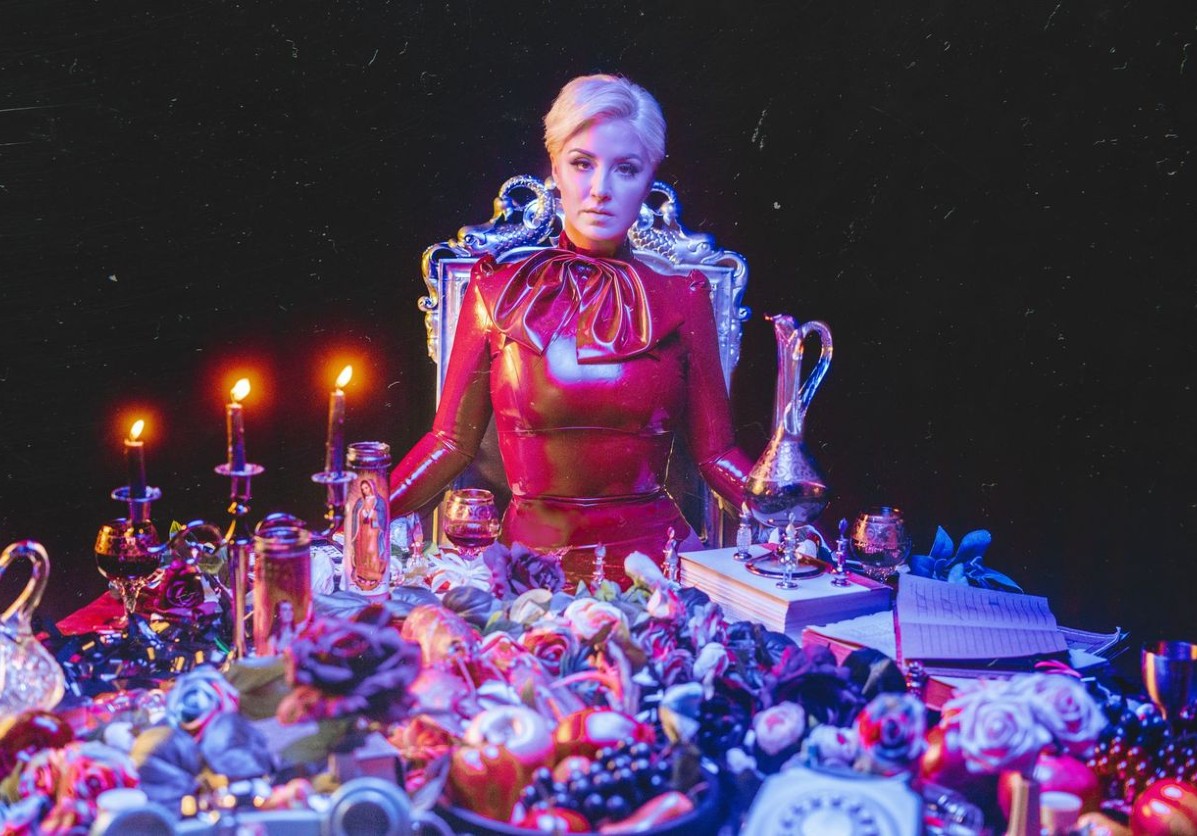 Maggie Rose channels influences that existed long before she was born, in a place completely unlike today. Yet to essentialize, Muscle Shoals, Tears for Fears, Aretha circa Young Gifted & Black, Michael Jackson a la “The Way You Make Me Feel,” Sophie B Hawkins’ blue eyed funk and passion is right where Rose has landed. Pretty much the intersection of All-American Rock & Soul, with just enough British sparkle to make her music shine.

Stranded like the rest of us in a world stopped cold by quarantine and social distancing, the girl who cut her teeth sneaking into Maryland and Jersey bars to sing with a Springsteen cover band at 16 years old, grew into a woman who’s distilled the roots of many genres into a sound that’s distinctly her own.

It gives Rose the versatility to play Bonnaroo, the massive CMA Music Fest, Cannes Lions International Festival of Creativity in France, The Grand Ole Opry, AmericanaFest and Cayamo with Jason Isbell, Dawes and Emmylou Harris, while also being able to align with artists as diverse as those taking part in Marcus King’s live ‘Four of a Kind’ and the “Last Waltz Tribute” including Jennifer Hartswick, Devon Gilfillian, Nicki Bluhm, Elizabeth Cook and Billy Strings.

That same musical expansiveness has marked the rhythm & blues classicism that has shaped her time making a friskier, more rootsy sound on her upcoming Ben Tanner-produced Muscle Shoals-record.

The new ‘Quarantine 45’ singles, written and produced entirely in isolation and under quarantine, by Rose and her collaborative bandmates (Sarah Tomek, Alex Haddad, Larry Florman) that move through muscular pop slink on the Madonna/British new romantic “Only Human (I Wanna Get Out),” then draws a line to the piano/phased vocal witness of “20/20” that sift through the wreckage of tornadoes, COVID, and the human spirit in times like these.

Rose understands the state of mind, the heart, the soles. It informs her wildly melodic, often shimmering melodies and a voice that’s equal parts Dusty Springfield and Annie Lennox.

As The New York Times proclaimed, “Maggie Rose is a sturdy heartbreaker…full of astute, aggrieved songwriting … and attitude that even in the post-Miranda Lambert era feels knifelike.”

That incisiveness results in compassion for all of us. The way she and her collaborative music makers Them Vibes’ built tracks draws listeners in and invites them to celebrate the best of the human condition in times unthinkable in 2019.

Blazing a trail beyond genre without concern for what people call it, only the desire to capture the smolder and the earthy truth — propers to “I Ain’t Your Mama” — life during quarantine has yielded the music the world needs.

For Rose, between the organic recording at FAME studios with the legends who’d played for Aretha Franklin, Al Green and more and making socially distant sessions work with ‘Quarantine 45,’ she’s tapped her songs’ essences to deliver music that soothes, soars and inspires without ever being overcooked, layered with the unnecessary or weighted down by effects.

For the young songwriter/vocalist from Maryand, music is the bottom line.

Bring your heart, raise your voice, speak truth to the moment and exult in the way songs move you from one emotion to the next, from frustration to exultation, stagnation to inspiration. Because beyond all the obvious music critic takedown on parts, tech specifics and existential signifiers, there’s this: Rose knows how to take music and help listeners fly.