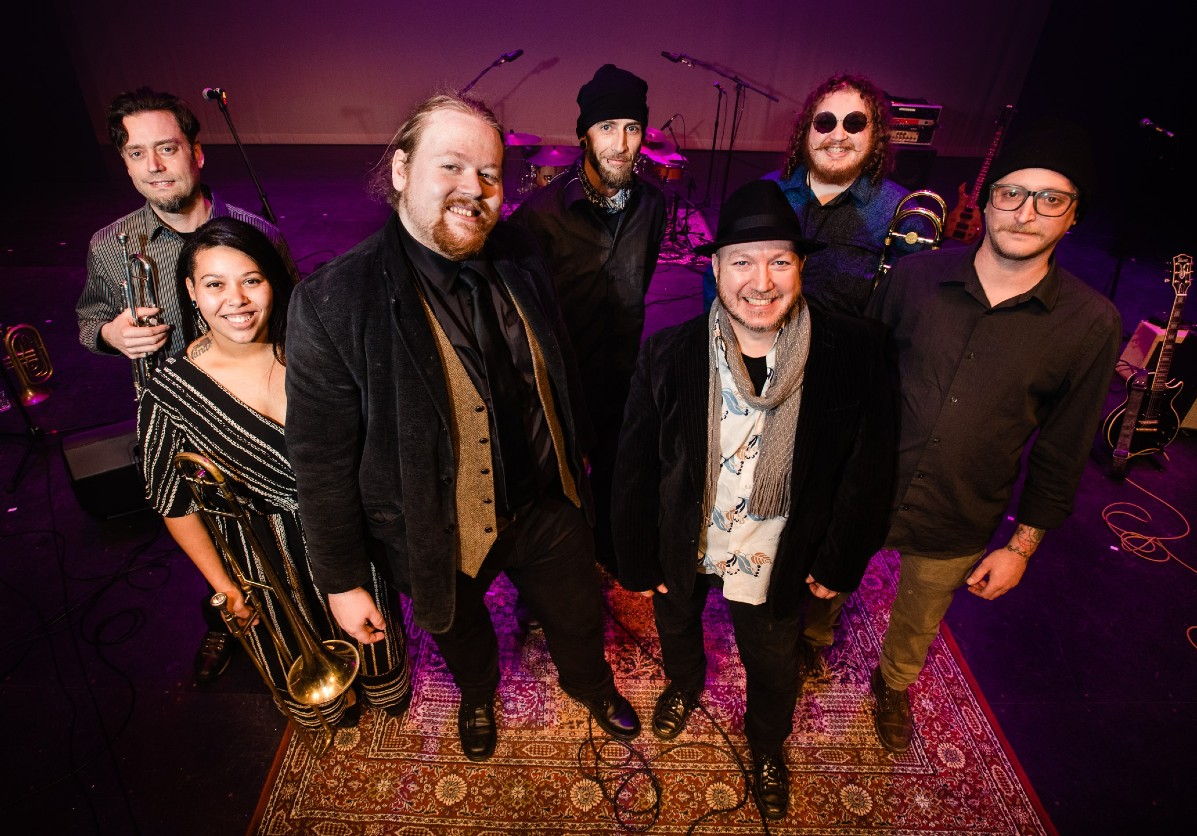 HABATAT last played our festival in 2015, and we’re delighted to welcome them back! Established in early 2012, this funk-rock outfit has become veterans of the festival and live music circuit in Pittsburgh and tri-state area. HABATAT has shared stages with the Soul Rebels, Pink Talking Fish, Twiddle, the Heavy Pets, Pigeons Playing Ping Pong, and Joe Lewis Walker, among others.

“This group will leave you floored with their energetic live performance; a raw boogaloo of sound.” -The Jamwich

Their music brings the flashy vibes of some of the great legendary funk bands such as Chicago, Blood Sweat and Tears, and has been described as “Allman Brothers with horns” because of their pocket grooves, soaring guitar solos, tight horn lines and powerful vocals.

HABATAT’s vocalizations emit a fervent and rasping melody that sets the footprint for the groove. They are happy to take you through their world of music, art and life, continuing to build a community with people who have a love and passion for what they do, what they listen to, and how they act with one another. HABATAT is excited about a full summer tour/ festival season, kicking off with our annual “FUNKyFEST- a family campout” which is in its 4th year, as well as getting back into the studio to finalize their third release.