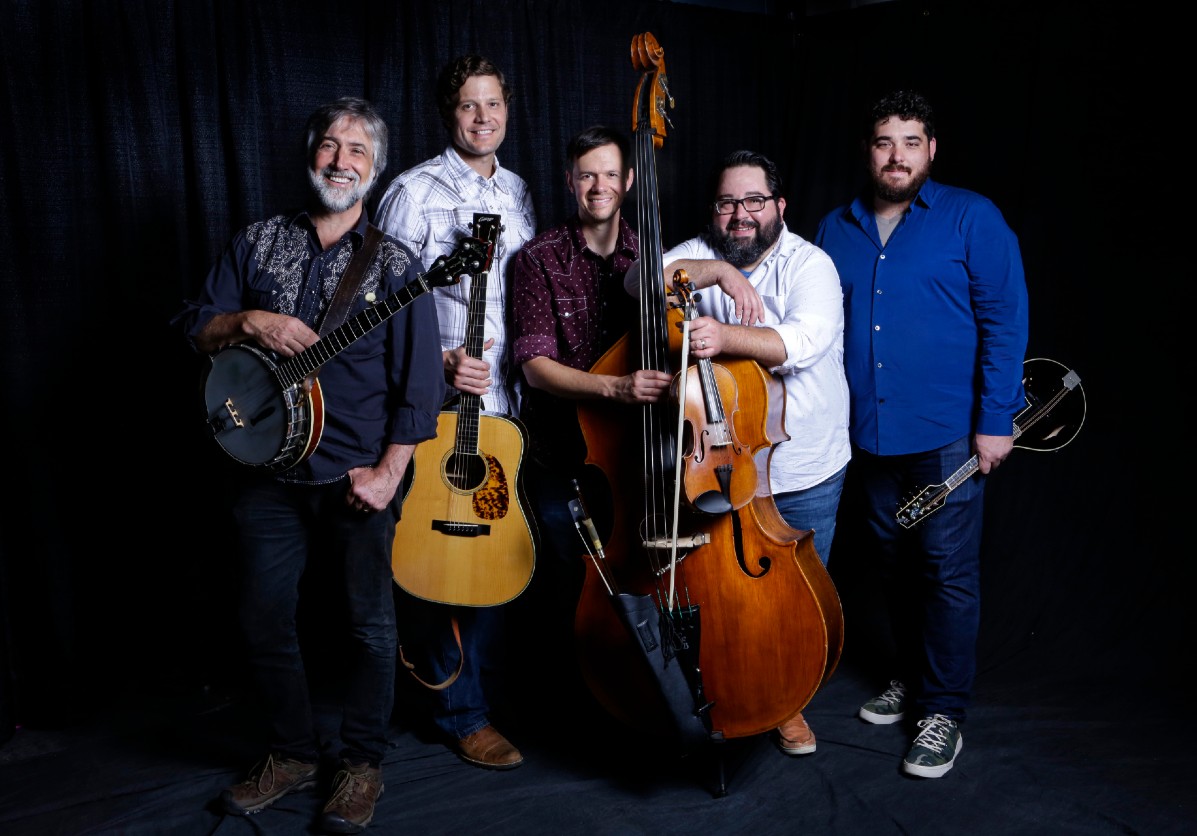 Bridging the divide between straight-drive, traditional grass played by the Del McCoury Band and the Lonesome River Band and the genre-warping progressive grass done by the Punch Brothers and Front Country, Colebrook Road strives to find a common middle ground, creating new enthusiasts for bluegrass while expanding the definition of the genre for established fans.

Influences of the members of Colebrook Road abound, from ‘90s country to heavy metal to punk rock to, yes, traditional bluegrass. Each member brings their own experiences to the music to create something greater than what the five individuals could have ever achieved separately.

With the group’s third effort, “On Time,” released on May 3, 2019 on Mountain Fever Records, Colebrook Road aims to take their songs farther across the country and to a broader audience than ever before. “On Time” lays out ten songs, with two borrowed from friends and one unexpected cover from a legendary ‘80s album, that will turn any skeptic into a bluegrass fan and will bring a grin to the face of the established diehard.

Colebrook Road has built a fan base in Johnstown through playing at Venue of Merging Arts and other local venues and events, and we’re delighted to welcome them to our lineup.