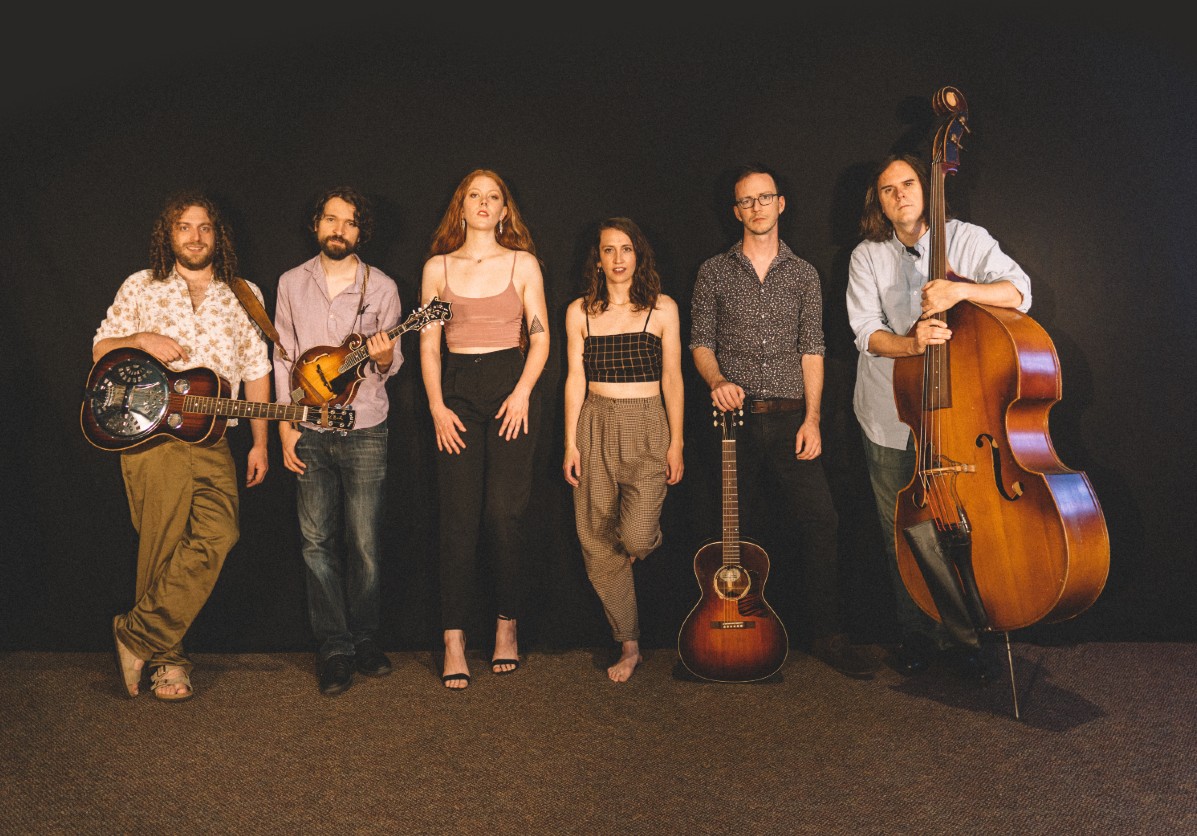 Buffalo Rose is a wildly charismatic six-piece modern folk/Americana band from Pittsburgh that will change your entire perspective on acoustic music. They take the singer-songwriter tradition to a new level by crafting original songs which are emotive, meticulously arranged, and inspired by a world of idiosyncratic influences that never let a dull or predictable moment creep in.

The band released their debut album, The Soil and the Seed, in 2018 and established themselves as a vocal, instrumental, and creative force. Since then, Buffalo Rose has dropped two EPs, 2019’s Big Stampede and 2020’s Borrowed and Blue, opened for the Wood Brothers, Mipso, Pokey LaFarge, Tyler Childers, Infamous Stringdusters, and shared a festival stage with the legendary Sam Bush. The band’s upward trajectory will continue into 2022 with an upcoming EP created in collaboration with Grammy Lifetime Achievement Award recipient Tom Paxton, scheduled for release on February 22, followed by a new full-length LP later in the year.

Buffalo Rose’s lineup of Lucy Clabby (vocals), Margot Jezerc (vocals), Bryce Rabideau (mandolin), Malcolm Inglis (dobro), Jason Rafalak (upright bass), and Shane McLaughlin (guitar, vocals) pushes itself and each other far beyond their perceived limits and blends their diverse and atypical approach to songwriting with the desire to see how unique a song can get and still feel like home. They use powerful vocal harmonies, strong playing, and an original vision to operate at every possible emotional level and put on dynamic live shows that are unforgettable experiences. They go from up and moving to sad and sweet and back again, bringing the entire audience along.

This combination of artistry and enthusiasm makes Buffalo Rose one of the most vital and important groups working today. Rather than play the folk music of the past, the band gleefully combines genres and ideas together to move acoustic music forward to a new, contemporary place without ever losing sight of its roots. Fans of Lake Street Dive, Nickel Creek, and Punch Brothers will find much to like in this crew. Anyone seeking compelling new acoustic music needs to join Buffalo Rose in the future right now.

The band was a huge hit when they played Peoples Natural Gas Park for last summer’s Highmark Blue Cross Blue Shield Summer Concert Series, which like the music festival is produced by the Johnstown Area Heritage Association, and we’re delighted to have them back.